Pfizer to Buy Medivation for $14 Billion, But Who Are the Real Winners?

0
2016 US Venture Capital Investment into Life Sciences Companies: An Analysis by Evolution Global
03 August 2016
Next 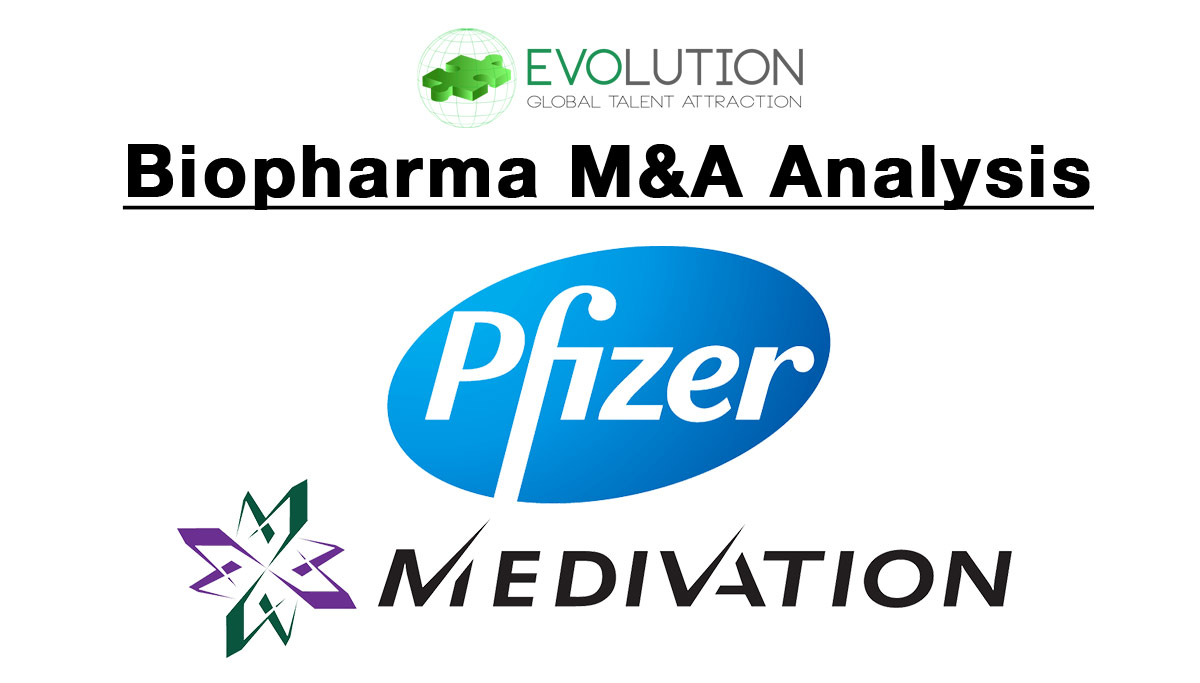 Pharmaceutical giants Pfizer are expanding their cancer portfolio through the $14B acquisition of California-based biopharmaceutical company Medivation. The acquisition follows two recent unsuccessful bids for Medivation by Sanofi, as well as rumoured takeover competition from Celgene, Merck and Gilead. The Pfizer bid of $81.50 per share marks a 40% increase from Sanofi’s “sweetened” second bid of $58 per share, which followed their initial bid of $52.50 in April 2016.

The acquisition of Medivation is in line with Pfizer CEO Ian Read’s strategy declaration in May, when he stated that he was more interested in acquiring late-stage assets because the company already had plenty of early-stage drugs in the works.

The need for late stage strategy is increasingly pressing for Pfizer. The company has experienced a slow revenue decline since 2011, with 2015 revenue dropping a further 2% to $48.8 billion due to the expiration of the co-promotion agreement for Spiriva. Pfizer have also lost exclusivity for BeneFIX, Celebrex, Rapamune and Zyvox in the US, and Lyrica in Europe. On top of this, revenue from Lipitor and Norvasc continued to decline last year, as did several other portfolio offerings. However, the impact of these product declines were partially offset by growing sales of Prevnar 13, Ibrance, Eliquis, Lyrica, Xeljanz, Viagra (GIP) and Nexium 24HR.

The appeal of acquiring Medivation is the strategic fit with Pfizer’s oncology franchise. Medivation’s Xtandi (Enzalutamide), a recently launched treatment for prostate cancer, has generated approximately $2.2 billion in worldwide net sales over the past four quarters.

Medivation also comes with two experimental late stage assets: Talazoparib, a PARP inhibitor, currently in a Phase 3 study for the treatment of BRCA-mutated breast cancer which may also be effective for other cancers; and Pidilizumab, a monoclonal antibody with an as-yet-undefined mechanism of action currently undergoing a Phase 2 study for diffuse large B-cell lymphoma and other hematologic malignancies. Ultimately for the premium to be justified for Pfizer, one or both will require successful clinical evaluation and market launch.

The real winners at this point time are those who expanded positions in Medivation in Q1 2016, prior to the interests of Sanofi, the original aggressive suitor. Those winners are likely to include Opaleye Management Inc., Seven Eight Capital LLC, LPL Financial LLC, Advent Capital Management DE, Mirae Asset Global Investments Co. Ltd., and BlueMountain Capital Management LLC.

The returns will be particularly attractive for investors who bought into Medivation in February 2016, when the stock was trading in the $28 to $32 range. Such amazing returns for those shareholders highlight the lucrative opportunities in Biotechnology stocks.