Further AgriBusiness Consolidation as Bayer Makes a $62B Bid for Monsanto 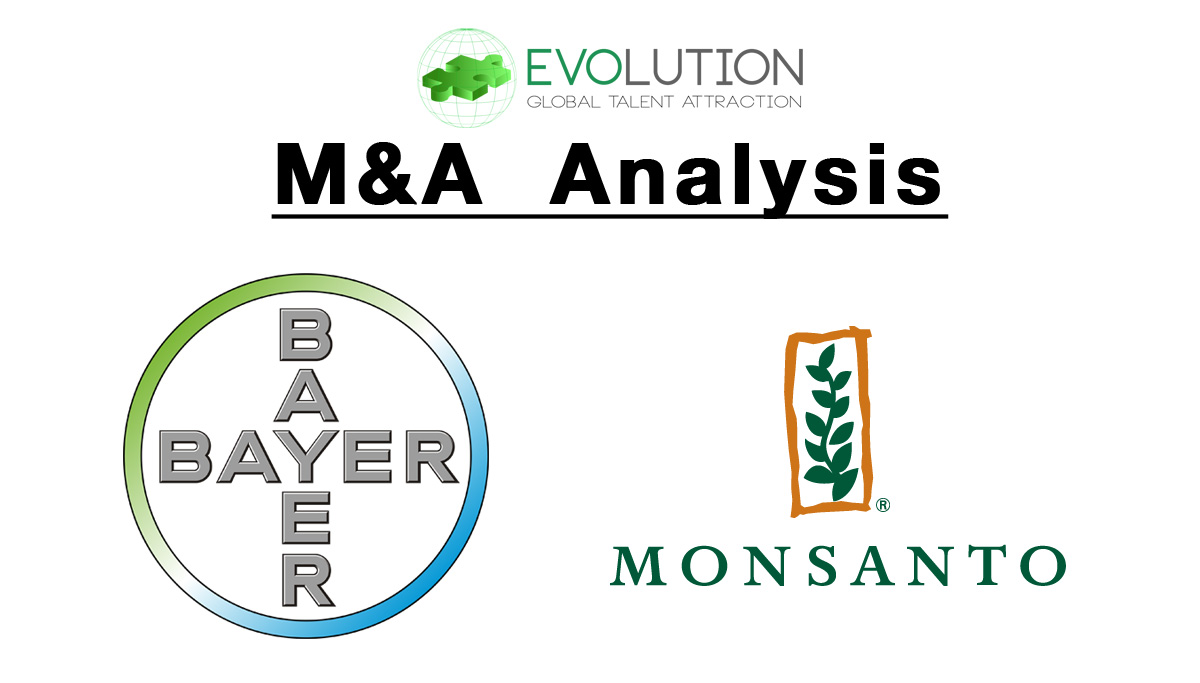 Last week German multinational Bayer put forward an all-cash $62B bid for American AgTech giant Monsanto, further emphasizing the unprecedented period of consolidation that the global AgriBusiness market is currently undergoing. The news of Bayer’s bid comes just months after the announcement of ChemChina’s $43B acquisition of Syngenta and the planned $130B merger of Dow and DuPont. Ironically Monsanto attempted to acquire Syngenta last year, however their $46B stock/cash bid was ultimately rejected in favour of ChemChina’s all-cash offer.

Should Bayer’s acquisition of Monsanto go forward, it would represent the largest all-cash deal in history. Bayer’s $62B proposal is 15.8 times Monsanto’s earnings before interest, tax, depreciation and amortization (EBITDA) for the year ended February 29, in contrast to the ChemChina bid which valued Syngenta at 16 times EBITDA. Considering the 0.2x discrepancy between these offers, which equates to approximately $785m, it is likely that Monsanto will feel they have been undervalued and may ultimately reject Bayer’s initial offer.

Initial market reactions to Bayer’s bid for Monsanto have divided opinion, with analysts predicting that Bayer may have to offer more to get Monsanto to agree to the acquisition. Thomson Reuters analysts note that the current offer from Bayer may be unfeasible considering that Bayer’s $62B proposal “is already a stretch for the German company.”

“At a time when the industry is facing tough conditions with falling prices and farmers spending less, economies of scale consolidation is a natural response from the major AgriBusiness players,” notes Evolution ArgiBusiness Director Nick Verner. “However, whilst consolidation may be expected given the current challenges faced by the industry, the deal is likely to run into antitrust and regulatory hurdles before approval.”

Considering the frequency of M&A activity within the AgriBusiness sector, the Department of Justice are expected to evaluate the cumulative effect of all the recent blockbuster deals in order to assess the potential Bayer-Monsanto deal. Bruce Hoffman, an antitrust lawyer and former competition official at the Federal Trade Commission, states that the “DoJ is not going to ignore the connections between these deals. That makes for a more complicated regulatory environment than if you had just one [deal] going on at a time.” He said he expects regulators will require Bayer to shed some assets before approving the deal.

Should the Bayer/Monstanto, ChemChina/Syngenta and Dow/DuPont deals all go through, the AgriBusiness market would be dominated by three mega companies that would collectively control approximately two thirds of the market. Ultimately Bayer’s proposed acquisition of Monsanto may end up being the victim of the flurry of M&A activity within the AgriBusiness sector in recent years.

Considering that all three of these deals are still subject to regulatory approvals, it will be interesting to see the final forms that these companies will take in the coming months and years. As the AgriBusiness landscape continues to shift and transform in the coming months, the benefits and shortcomings of consolidation will be felt across the industry.