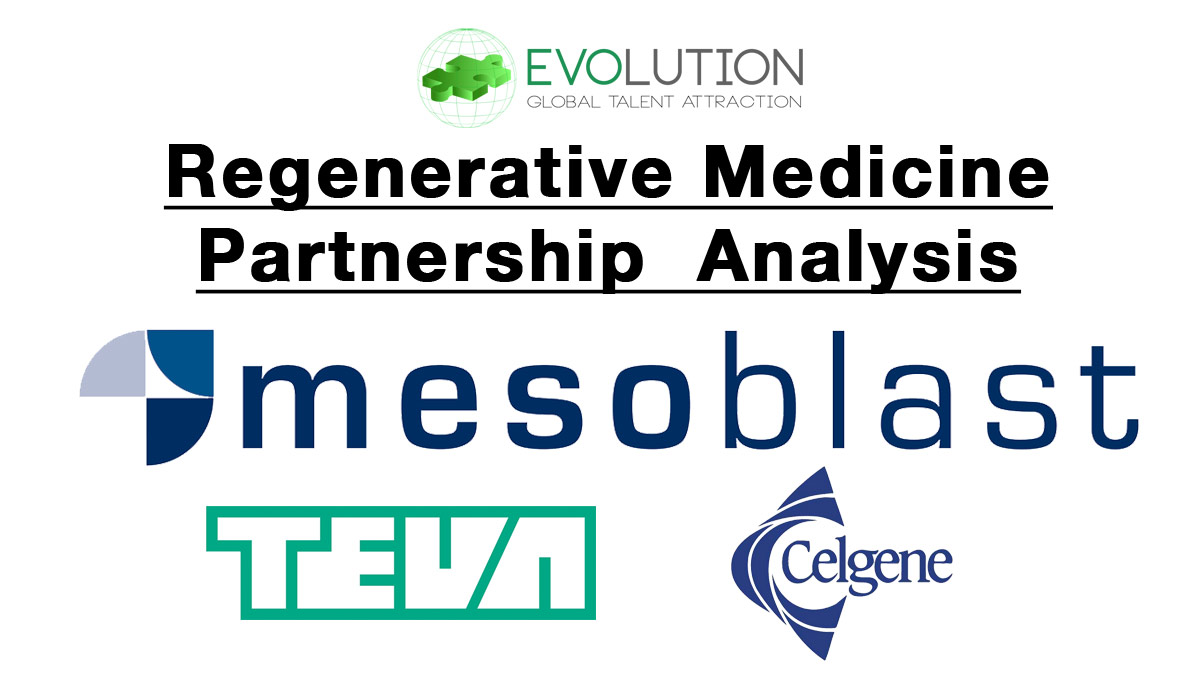 Australian Regenerative Medicine company Mesoblast recently suffered a significant financial setback in the ongoing development of MPC-150-IM, their experimental Phase III treatment for chronic heart failure, with their key US partner Teva Pharmaceuticals surrendering all rights to the drug. Worldwide rights for the drug will revert back to Mesoblast, leaving them to fund as much as $100M in medical trials before it could be ready for marketing.

News of Teva’s decision to withdraw had an immediate impact, with Mesoblast shares hitting a 7-year low following a 42% dive post the 10-day trading halt. Teva’s decision to walk away is the second major setback revealed in recent months, following the failure of Celgene to exercise a six-month partnership option on Mesoblast’s research programs.

Mesoblast was established in 2004, and in 2010 they partnered with Cephalon to commercialise adult mesenchymal precursor stem cell (MPC) therapies based on Mesoblast’s adult stem cell technology platform. The lead asset in Mesoblast’s cardiovascular portfolio is the Phase III candidate MPC-150-IM for advanced chronic heart failure, which analysts state has the potential to reach blockbuster status should the treatment be approved. Following Teva’s $6.8B acquisition of Cephalon in 2011, 60% of the rights to MPC-150-IM were transferred to the Israeli company.

“As Mesoblast’s current MarCap is around $331M, it is difficult to see how they can do this without cutting back on some programmes,” notes Dr. Rinaldi. “The Teva withdrawal should not be viewed as a surprise, given the fact that they bought Cephalon for the CNS, Pain Management and Oncology opportunities, a number of which were at revenue generation stages. The Mesoblast development was an add-on contractual commitment inheritance that does not fit in with Teva’s generics and specialty model.”

Teva had an early termination option for the Phase III trial, once 125 patients were treated and an interim analysis performed. Dr. Rinaldi believes that “everyone in the community was aware that Teva would more than likely walk away at some point, as the clinical indication and model of treatment is not an area that they have expertise in or a focus on.”

Dr. Rinaldi asserts that “this leaves Mesoblast in a vulnerable position, and a larger partner is desperately required. Although negotiating from a point of weakness such as this makes a win/win deal difficult to foresee, it is possible that a Japanese partner will step in given the attractive regulatory framework for Cell Therapy, which enables companies to market in Japan post phase II results. Mesoblast’s Japanese partner JCR Pharmaceuticals for Graft versus Host disease would be an ideal partner,” states Dr. Rinaldi. “Other potential Japanese partners include Takeda, Otsuka and Astellas.”

Despite the turmoil surrounding Mesoblast’s cardiovascular MPC platform, the promise of MPC-150-IM should not be forgotten given that the three-year post hoc Phase II trial analysis results released last year were positive. No evidence of Heart Failure related major adverse cardiac events were seen in the treated patients, versus 74% in the control group.

“Although the numbers are small, there is certainly a case for the risk and cost of Phase III study,” notes Dr. Rinaldi. “To put this into context, comparisons should be made to the recently launched Novartis Entresto combination treatment, which is likely to be the first line treatment for heart failure. At a similar stage of development 4 years ago, albeit with larger Phase II numbers as an oral based therapy, the Novartis Entresto combination treatment reported a 15% adverse effect level.”

Despite significant setbacks in recent months, Mesoblast remain confident that the company will survive, stating that it will actively seek another funding partner for its MPC-150-IM trial, while it is also seeking commercial partners for its clinical trials in treating back pain and rheumatoid arthritis. Mesoblast also stated that it had organised access to an equity funding facility to finance the heart treatment research program but refused to give further details. Given the uncertainty surrounding Mesoblast the market is understandably sceptical of these assertions and as such, it remains to be seen if Mesoblast will be able to recover in the coming months and years.