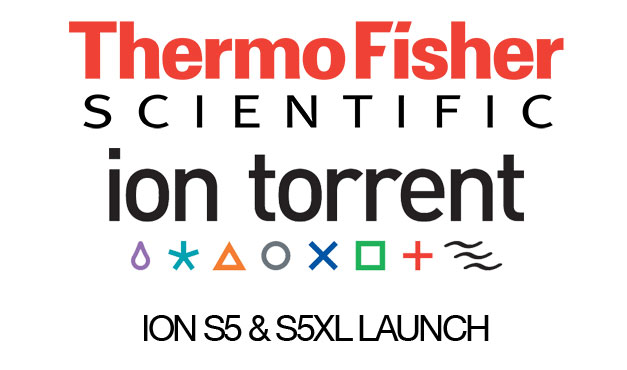 Earlier this month Thermo Fisher Scientific announced the launch of two novel next-generation sequencing (NGS) instruments, the Ion S5 and the Ion S5 XL benchtop systems, which combine the ability to sequence gene panels and small genomes, as well as exomes, transcriptomes and custom assays on a single platform. Evolution Bioscience Director Dr. Frank Rinaldi analysed the current NGS market, and provides his predictions for the future of the ongoing genomics revolution.

Illumina is widely regarded as the first-round victor in the NGS battle for market dominance, with their high-end machine (HiSeq) and low-cost alternative (MiSeq) supported by a full product line-up that includes automated sample prep, cloud computing services and an expansive selection of independent software applications to analyse the resultant data. Thermo Fisher’s new systems seek to create new niche segments rather than going head-to-head with Illumina.

“We have developed the next generation of benchtop sequencing that delivers best-in-class workflow simplicity, integrated data analysis and system economics,” said Chris Linthwaite, president of Genetic Sciences at Thermo Fisher Scientific. “The Ion S5 system leverages many of the inherent advantages offered by targeted sequencing, and it provides a comprehensive solution that is more cost-effective, faster and easier to use than any other sequencer in the market.”

Dr. Frank Rinaldi, Director of Market Intelligence and Innovation at Evolution Bioscience, considers the new benchtop systems an excellent niche play. “Overall, Thermo Fisher has lost out to Illumina in the NGS battle, largely due to being a second mover rather than any technical failings. There are niches such as oncology translational and clinical trial studies that have been left relatively unsatisfied by the current crop of sequencing instrumentation, and Thermo have identified this as an opportunity to regain NGS market share.”

The platforms are designed with a plug-and-play, cartridge-based reagents to make setting up and operating the sequencers simple and efficient. The new systems require just 15 minutes of manual set-up time per sequencing run and less than 45 minutes of hands-on work from DNA to data when using the Ion Chef System for automated Ion AmpliSeq library construction, template preparation and chip loading. The Ion S5 system is ideal for lower throughput academic or translational labs in need of an all-in-one targeted sequencing instrument.

According to Dr. Rinaldi, “researchers in this sector are looking for plug-and-play instruments that are able to provide rapid results. The reality is that the majority of users have little interest in the NGS technology itself, with instrument purchasing decisions generally focused on providing accurate results as quickly as possible. The S5 appears to fit those needs by offering users a simplified cartridge set-up designed to minimise potential variation due to operator handling.”

The XL System, which Thermo predict will be their main seller, offers impressive sequencing run and analysis times of 3.5 to 9 hours. Illumina’s MiSeq is the main competitor and their current system takes 7 to 46 hours depending on the depth of coverage. Based on this variance, Dr. Rinaldi predicts that “although both are excellent instruments, the S5 looks like the niche leader for fast, targeted applications.”

The keys to market success will be the speed at which Thermo are able to execute their marketing initiatives, and positive user feedback from the scientific community. Competition is in the wings in the form of GnuBio, Roche, Qiagen and Oxford Nanopore, but the key to market dominance, as illustrated by Illumina’s domination within the research and population genomics sectors, is being first-to-market.

Expect further announcements from Thermo Fisher in areas such as personalised medicine, crop science, biosecurity and environmental applications as they seek to capture further high-value niches.