The Antibody Quality Conundrum: Abcam Ahead of the Curve with Knockout Validation 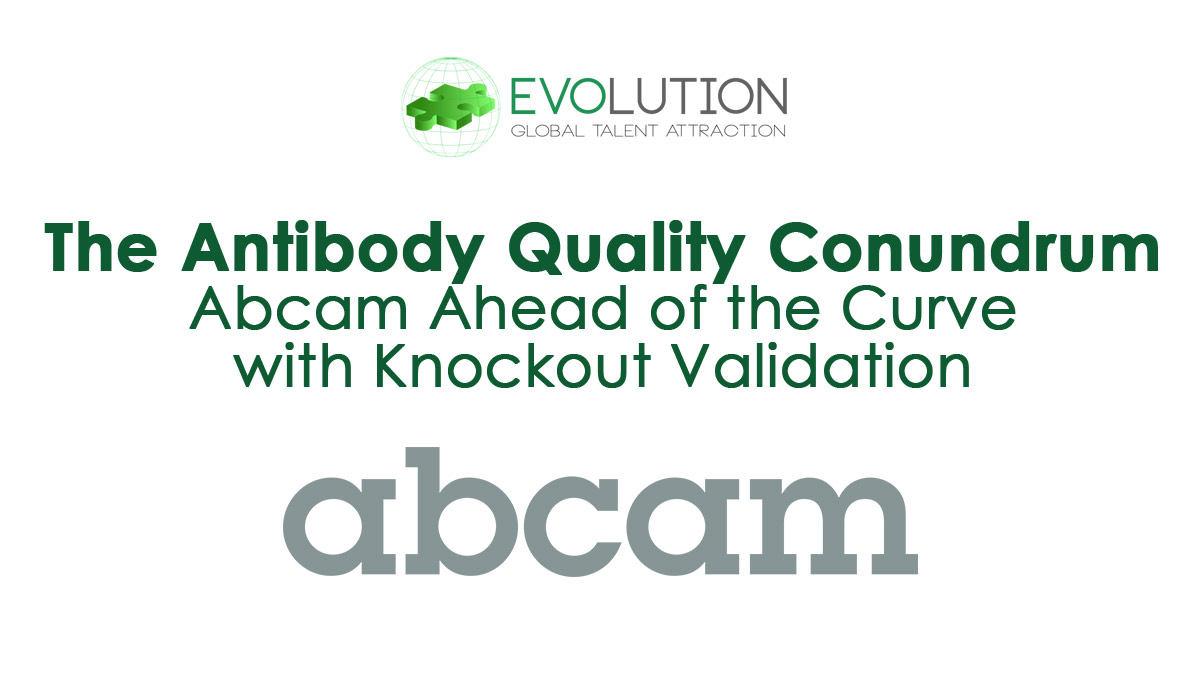 In September 2016 the International Working Group for Antibody Validation (IWGAV) finally announced their five conceptual pillars, outlining recommendations to mitigate the antibody specificity and reproducibility crisis that has plagued researchers for decades. Whilst many of the market leaders scramble to improve their quality standards in response to the new recommendations, UK-based antibody specialists Abcam have offered enhanced QC of key antibodies since September 2015.

The recent publication of the five pillars is undoubtedly a much-needed step in defining quality standards, thought it remains unclear who is responsible for enacting the required changes. Ideally the onus will be on the industry to carry out such improvements, however it is important to realise that the industry is highly diverse with some 320 players worldwide encompassing complex supply chains, and some 250,000 to 500,000+ antibodies to be assessed.

Enacting the five pillars will require significant capital that only leading players such as Abcam, Bio-Rad, Merck and Thermo Fisher can afford, and will subsequently result in significant increases in pricing for consumers. Smaller entities are unlikely to be able to match such moves, and may well exit the market completely or become solely OEM suppliers to larger entities.

Abcam’s prescient introduction of KO validation prior to the official announcement of the five pillars highlights their ongoing commitment to quality standards and separates them from reactionary players within the antibody space. Abcam’s knockout (KO) validation uses human KO cell lines generated from haploid cellular models employing CRISPR/Cas9 to develop an increasing range of KO-validated antibodies that includes recombinant monoclonals. 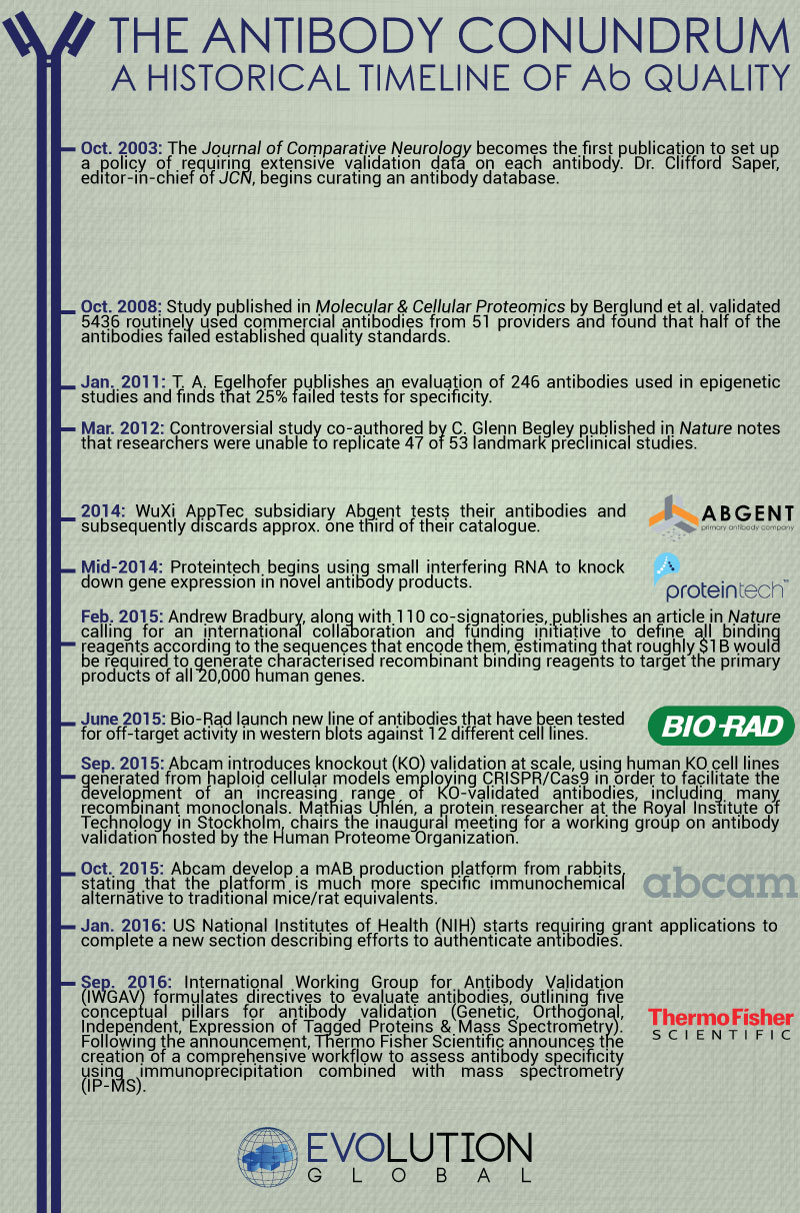 As the process of antibody quality standardisation continues to evolve it is likely to throw up some unpleasant facts such as the realisation that many polyclonals, which constitute the highest category of research grade antibodies currently in use, are not suitable for certain experiments. Indeed, this may well also happen with some murine monoclonals, the second highest category in use. Industry leaders such as Abcam and Thermo Fisher are rapidly adapting to the changing market dynamics, with both companies having launched improved product lines. The murine monoclonal issue may throw open the doors for Abcam’s Rabmab© antibodies, which utilise rabbits and offer superior antigen recognition than murine counterparts.

Whilst the IWGAV five pillars offer strong strategic recommendations for antibody quality going forward, the industry is only in the early stages of adapting and significant investment, research and cooperation will be required to truly address the ongoing issues plaguing researchers. Given Abcam’s early adoption of five pillar-enhanced QC techniques and rabbit monoclonals, the company is now positioned to significantly strengthen their market share going forward.

Given the shifting antibody market landscape and the launch of the Rabmab© product line, Abcam are restructuring and expanding their commercial talent in order to facilitate strategic growth and to better serve the Biopharmaceutical sector. As Abcam’s global talent partner, Evolution are currently recruiting for several senior commercial roles across Europe, the United Kingdom and North America. Contact Evolution Global today for more information!

You can download a PDF copy of our Antibody Quality Timeline infographic via the button below: