0
The Antibody Quality Conundrum: Abcam Ahead of the Curve with Knockout Validation
02 March 2017
Next

0
GE Healthcare Adds to Its Cell Therapy Portfolio with Acquisition of Asymptote
12 April 2017
April 4, 2017 by evolution in News & Analysis 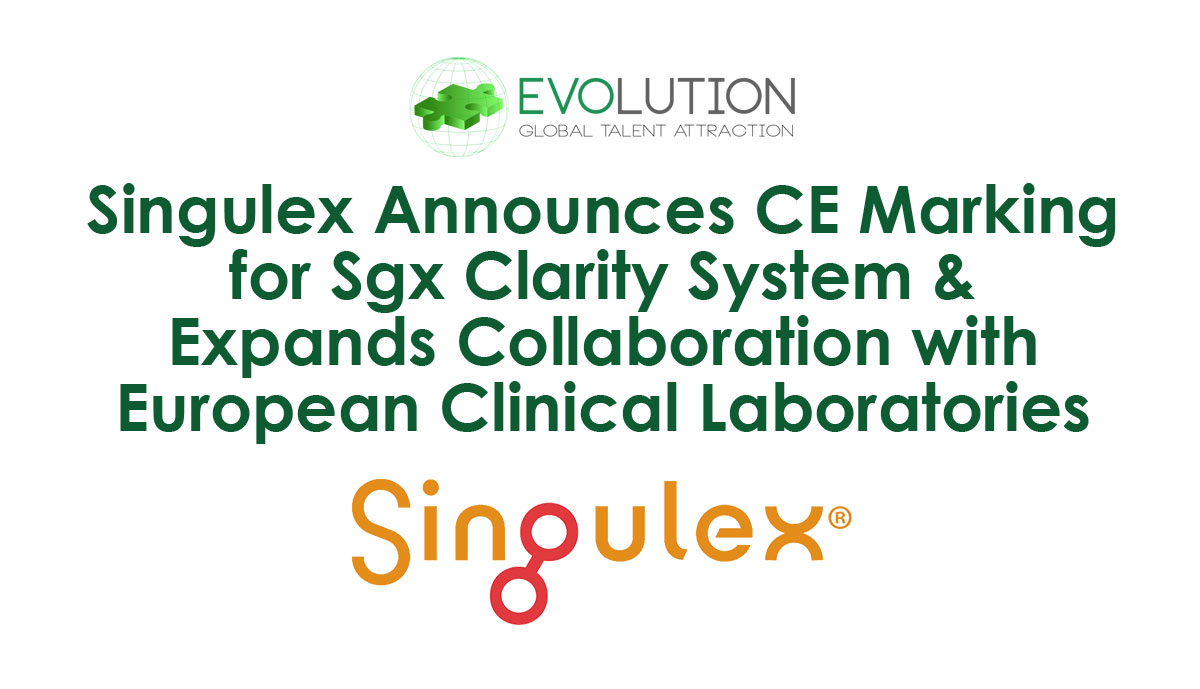 California-based Immunodiagnostics company Singulex have announced that they have received CE marking for the Sgx Clarity® system, a fully-automated IVD platform powered by the company’s proprietary Single Molecule Counting (SMC) Technology. The CE Mark approval follows the recent announcement of Singulex’s expanded collaboration with clinical laboratories across Europe, enabling leading researchers and cardiologists to fully unlock the value and utility of the Sgx Clarity® system.

Singulex’s SMC Technology, which has been reported on in more than 130 peer-reviewed publications, is up to 1000 times more sensitive than existing technologies and measures biomarkers at the lowest levels. Whilst clinical evaluation of SMC Technology is already in progress at sites in Barcelona, Manchester & London, the European CE Mark enables Singulex to commercialise the IVD platform throughout the continent.

“This is a momentous day for Singulex. We are pleased to achieve CE mark and begin the sale of our Sgx Clarity system in Europe,” said Guido Baechler, president and chief executive officer of Singulex. “Our vision is to revolutionize immunodiagnostics to guide treatment decisions and improve healthcare systems across the globe. We continue to develop assays to detect and rule out highly preventable diseases, such as cardiac, infectious, and inflammatory diseases. Together with our extensive physician and laboratorian network in Europe, we are now active in driving access and adoption of the Sgx Clarity system across the continent.”

In the coming months Singulex plans to CE Mark a cardiac troponin I (cTnI) assay in Europe and will seek regulatory clearance of the Sgx Clarity system in the United States, with the aim of receiving FDA clearance in 2018. Singulex is also developing a point-of-care (POC) platform for its SMC technology with a long-term vision for innovation in the field of advanced immunodiagnostics.

Evolution Bioscience Director Dr. Frank Rinaldi notes that “Whilst immunoassay tests for cardiac biomarkers are currently available in platforms offered by mainstream IVD companies as well as are a limited number of POC tests, the sensitivity of the Sgx Clarity system is market-leading, and is increasingly viewed as best in class. CE Mark approval is a very important development for Singulex, as it is well recognised that there is a pressing need for rapid accurate diagnosis of cardiovascular diseases (CVD) with superior prognostic insight to make possible more timely and effective medical interventions.”

This need is highlighted by the fact that in the region of 5% of myocardial infarction (MI) patients are incorrectly discharged from emergency departments (ED). This is due to the difficulty in diagnosing the condition: 25% of patients present with uncharacteristic symptoms whilst 33% have non-diagnostic electrocardiogram (ECG) changes which could be indicative of other conditions that place a stress on the heart such as infections.

“The announcement of a POC development is also exciting,” notes Dr. Rinaldi. “Ultimately the market requires an option that is does not rely upon centralised lab testing, especially in situations where access to such facilities are limited.”

Evolution Global are working extensively with Singulex to facilitate its continued expansion across Europe and the United States. Contact Evolution today for more information!