0
M&A Analysis: Is Johnson & Johnson’s $30B Acquisition of Actelion Overvalued?
31 January 2017
Next

0
The Antibody Quality Conundrum: Abcam Ahead of the Curve with Knockout Validation
02 March 2017
February 20, 2017 by evolution in Evolution Infographics 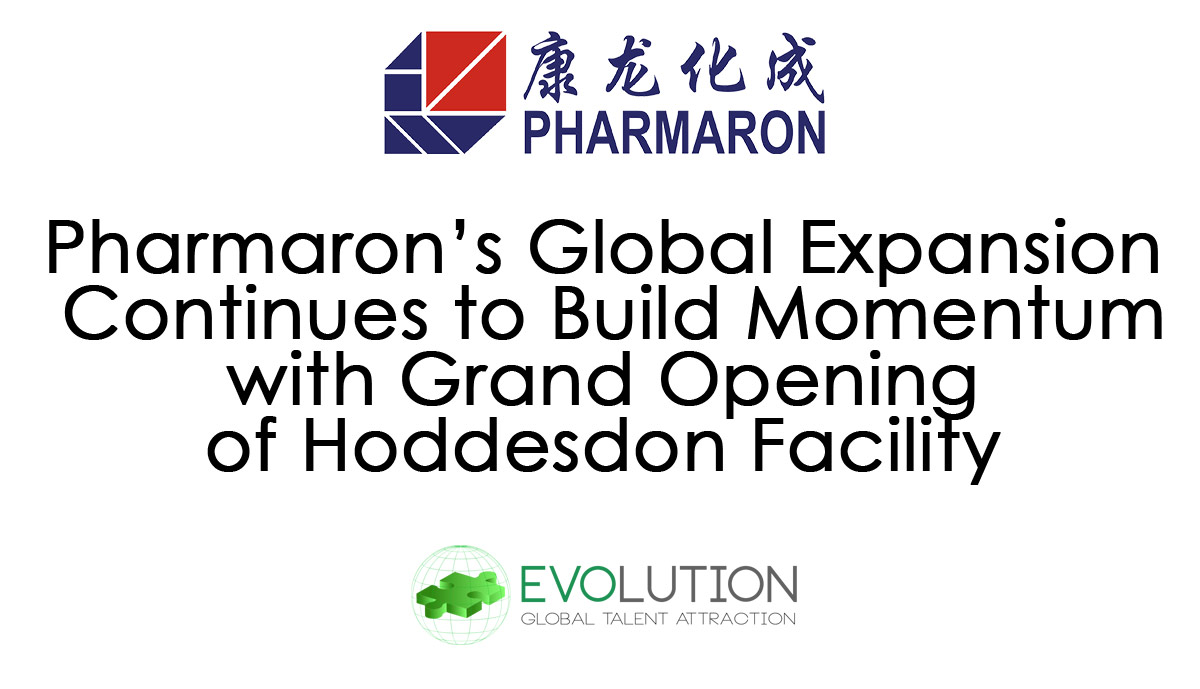 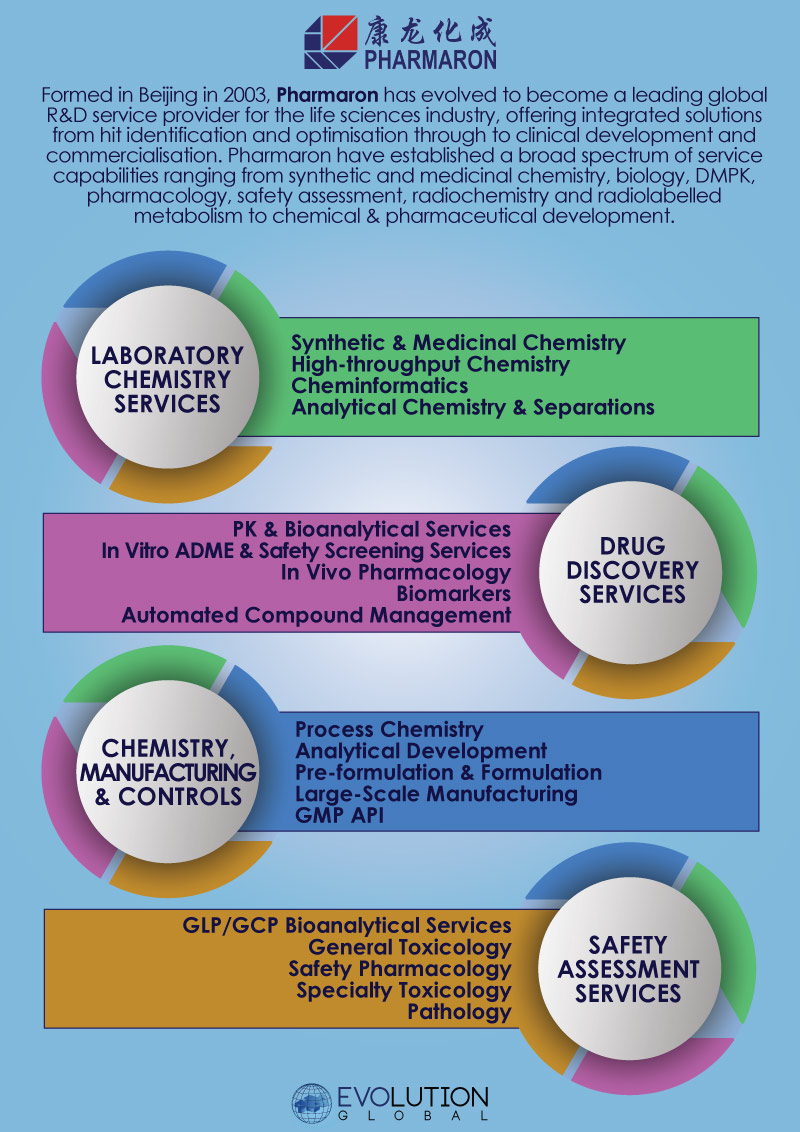 Evolution Global Director Dr. Frank Rinaldi notes that “Pharmaron’s growth has been spurred by the significant investment that it received in December 2015, enabling it to utilise a selective M&A strategy to add extra service value to its clients. Pharmaron’s recent purchase of MSD’s former UK site in Hoddesdon UK places it in close contact with its key client AstraZeneca, which operates an R&D site in Cambridge. The move signals a strategic intention, unlike its key competitor WuXi AppTec, to establish a presence to serve the European customer base directly. Its other major competitor, ShangPharma, has made no moves to extend geographically yet from its base in China.”

Pharmaron’s recent acquisitions of US-based Xceleron and UK-based Quotient Bioresearch demonstrate the ability to identify and acquire proven high-quality services that are of value to its existing and future customer base. Both are notable for the complementarity of the acquisitions. The acquisition is the first of several expected in the coming years as Pharmaron continue their global expansion. 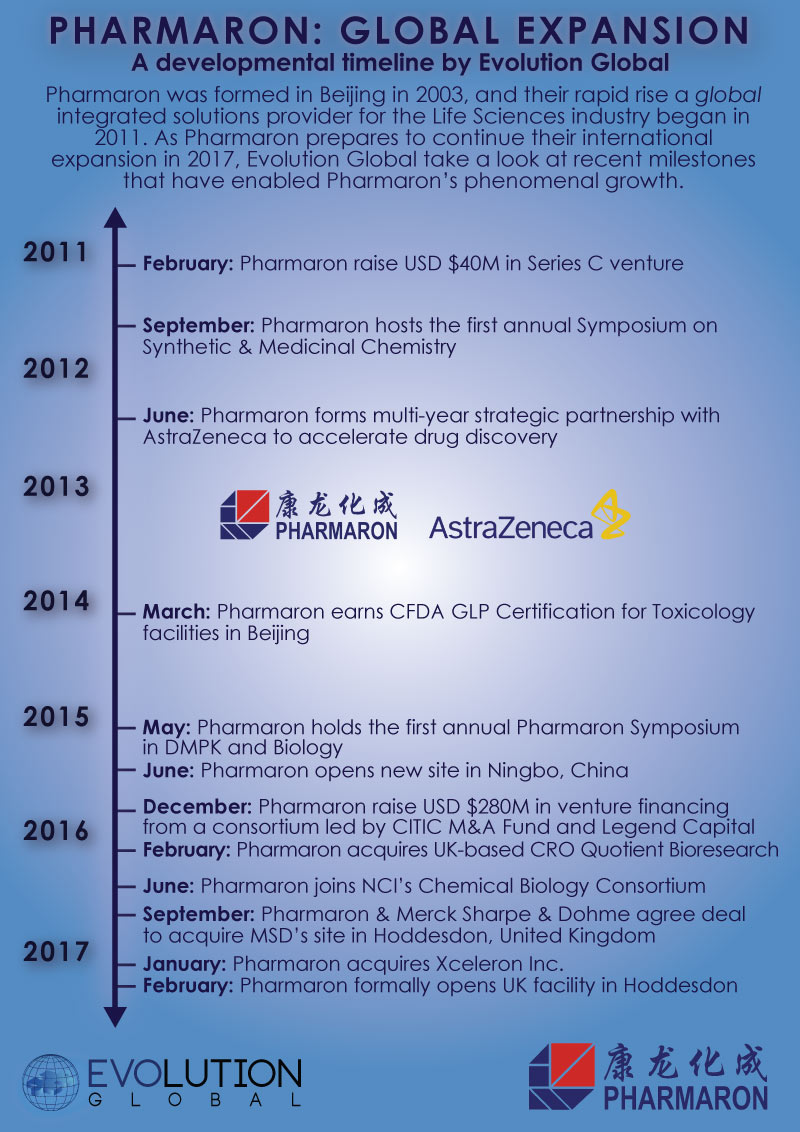 Xceleron’s AMS technology, which uses 14C micro tracers, adds significant value as it facilitates early assessment of human drug metabolites instead of relying on animal models. The time and cost savings relative to traditional approaches are significant, with a joint study with AstraZeneca suggesting that 6-months and $1.5M savings are feasible. Uptake has been proven by the fact that in 2013, six of the 27 drugs approved by FDA included AMS-generated data in their regulatory submissions.

Quotient was one of a small number of CROs that have well recognised and respected Radiochemistry capabilities. In January 2016 Quotient announced that it had successfully manufactured one hundred 14C labelled APIs and IMP. Of note is the fact that this company also works closely with Pharmaron’s key partner AstraZeneca.

Pharmaron’s vision is to become a global leader in the small molecule based drug R&D service industry. Given Pharmaron’s rapid geographic expansion into Europe, which places it as the first Chinese fully integrated CRO to operate in each major market region, one should not doubt the seriousness of their strategic intentions.

Evolution Global are working closely with Pharmaron on several senior commercial and scientific roles to facilitate their continued expansion. If you are interested in learning more about Pharmaron career opportunities, please contact Evolution at +44 141 248 2026 or via email at info@evobiotalent.com.

You can download a PDF copy of our Pharmaron Infographics via the buttons below: