0
Looking Beyond Genomics: A Holistic Approach to Precision Medicine
14 July 2017
Next 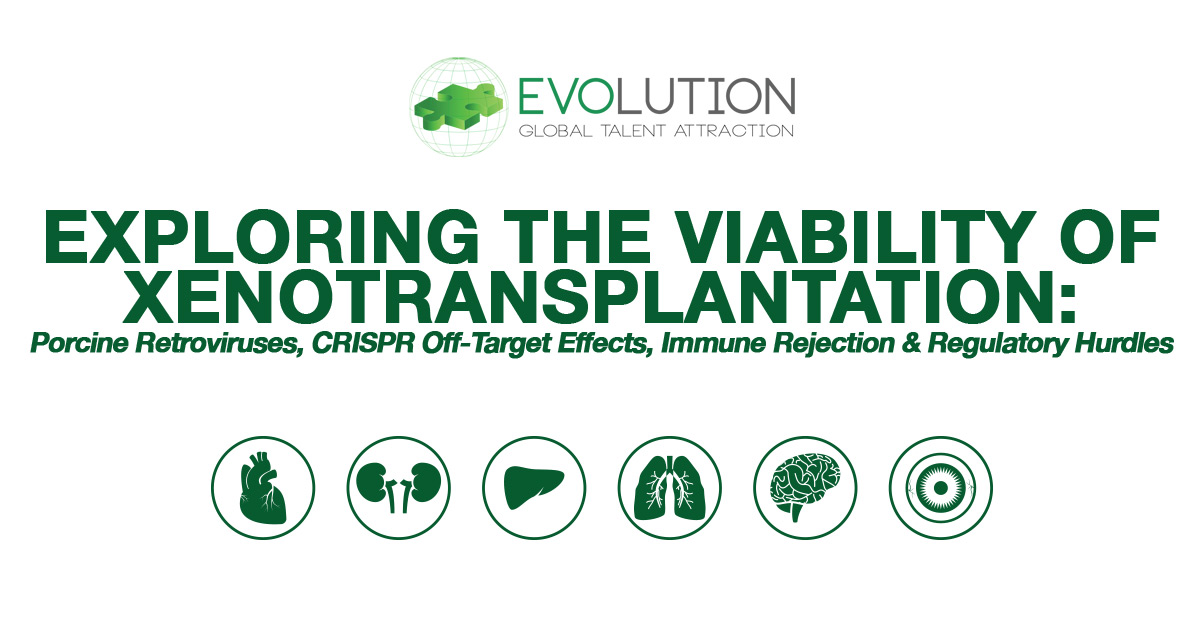 Scientists at e-Genesis, a Massachusetts-based biotech firm, recently announced that they have successfully utilised CRISPR gene-editing technology to inactivate Porcine Endogenous Retroviruses (PERVs) in a line of pigs. Whilst this development marks a significant advancement in the field of xenotransplantation, which involves the transplantation of animal organs into human patients, the elimination of PERVs from pig embryos is just one piece of a complex and multifaceted puzzle.

The eGenesis researchers used CRISPR to remove PERV from the porcine genome in primary cells taken from pigs, before cloning the cells to create PERV-free porcine embryos that were implanted into surrogate cows. The resulting piglets were the first to be born without active PERVs, though scientists will continue to monitor the piglets long term. eGenesis selected pigs as the best animal to utilise in xenotransplantations because of how similar they are to humans in both physiology and size.

Xenotransplantation is not a novel concept, and has in fact been around for hundreds of years. Since the early 1900s researchers from around the world have attempted xenotransplantation of organs from baboons, chimpanzees, pigs and cows, however none were successful. These experiments continued until 1997, when concerns over the risks of infecting humans with PERVs led to a worldwide moratorium on xenotransplantation. It wasn’t until the early 2000s that the moratorium was selectively lifted in certain countries, often evaluated on a case-by-case basis. 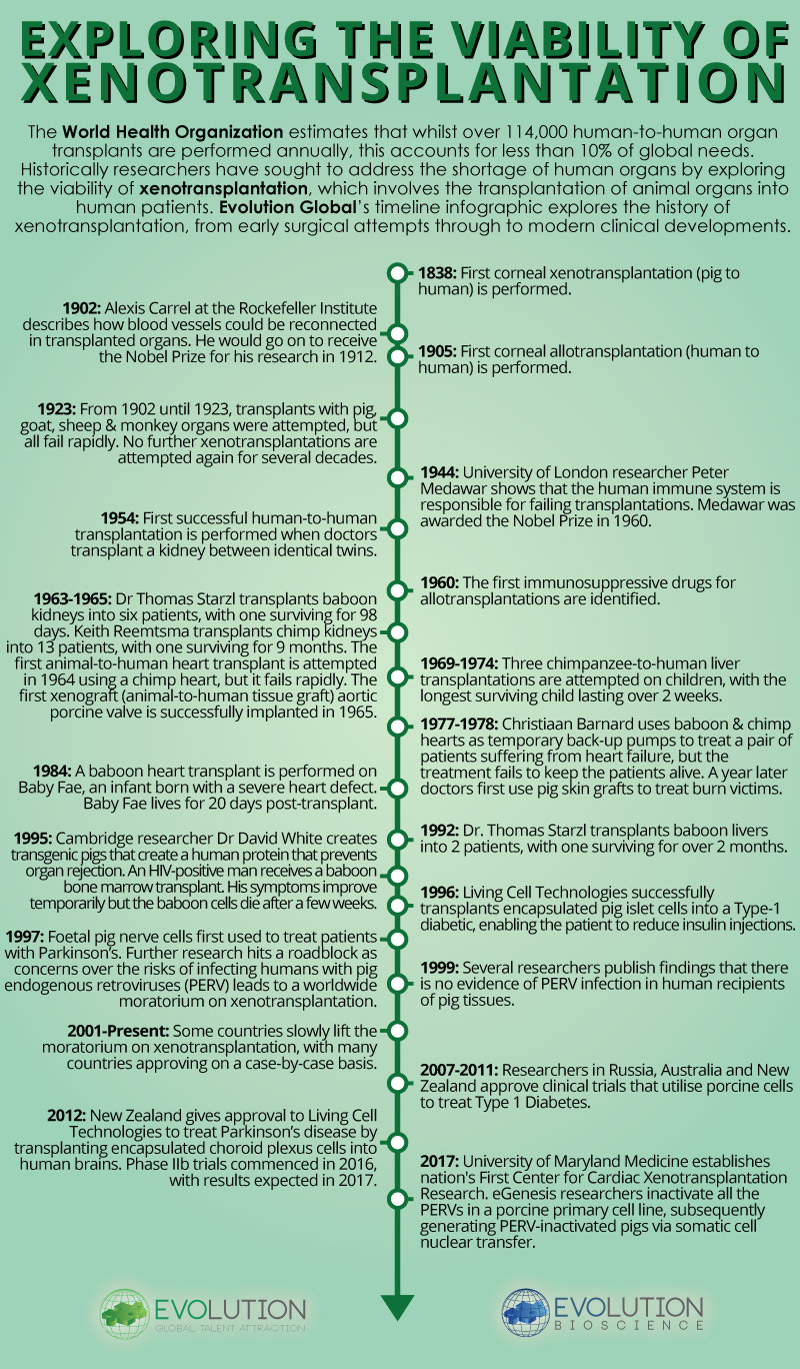 The World Health Organization estimates that greater than 114,000 organ transplants are performed globally each year, which accounts for less than 10% of global needs. Kidneys are the most frequently transplanted organs, accounting for 68% of transplantations, deceased donors account for over 60% of transplanted kidneys in many countries. Cultural resistance to deceased donation is common in countries such as Indonesia, Japan and the Middle East, resulting in the deceased donation rate dropping to as low as 5% in certain regions.

The donation rate has reached critical levels in countries with the greatest demands, such as China and India. In China, only 10,000 transplantations are carried out annually, with the supply-to-demand ratio for organs estimated to be a staggering 1:304. The WHO estimates that the mean global ratio of organ supply-to-demand is 1:25, and considering that the availability of suitable donors is not rising in line with the demand for organs, this number looks likely to increase in the coming years.

The Department of Health and Human Services estimates that there are more than 116,000 people awaiting a life-saving transplantation in the United States alone. In the United Kingdom, the NHS waiting list for an organ transplantation is currently over 6000 people. Given the rising global demand for viable organs, the field of xenotransplantation has undergone a renaissance in the past decade as researchers seek to alleviate the growing shortage.

Alternative methods for reducing the risks of cross-species infection and immune rejection include growing human organs within animals, rather than transplanting animal organs into humans. The end-goal with this line of research is to eliminate the need for lifelong immunosuppressive drugs by developing a process to create “custom organs” that can be genetically-matched to the recipient pre-transplantation.

“This is a very exciting development that seeks to address concerns with regards to eliminating the potential risks that porcine retroviruses may represent to humans,” notes Evolution Bioscience Director Dr. Frank Rinaldi. “However, it is important to note it is still unclear whether PERVs infect humans in vivo. As such, the eGenesis development is focused on providing a precautionary level of safety via the removal of PERVs, which will resonate positively with regulators of such treatments internationally. From a regulatory perspective, an assurance that the potential off-target effects arising from the use of CRISPR are studied extensively will be vital to continued development. Recent studies in other species suggest that off-target effects are potentially higher than originally thought. Given the high level of unmet clinical need one can only hope that this development does not fail due to these concerns.”

Whilst the first of many hurdles has been removed with the inactivation of PERVs in a piglet cell line, xenotransplantation currently remains an inviable option for patients in need of a transplant. As the global organ supply-to-demand chasm continues to widen with each passing day, one can only hope that the potential of xenotransplantation becomes fully realised in the coming years.

You can download a full PDF copy of our Xenotransplantation infographic via the button below: