0
Evolution Infographic: The Rise & Diversification of Biologics
21 February 2016
Next 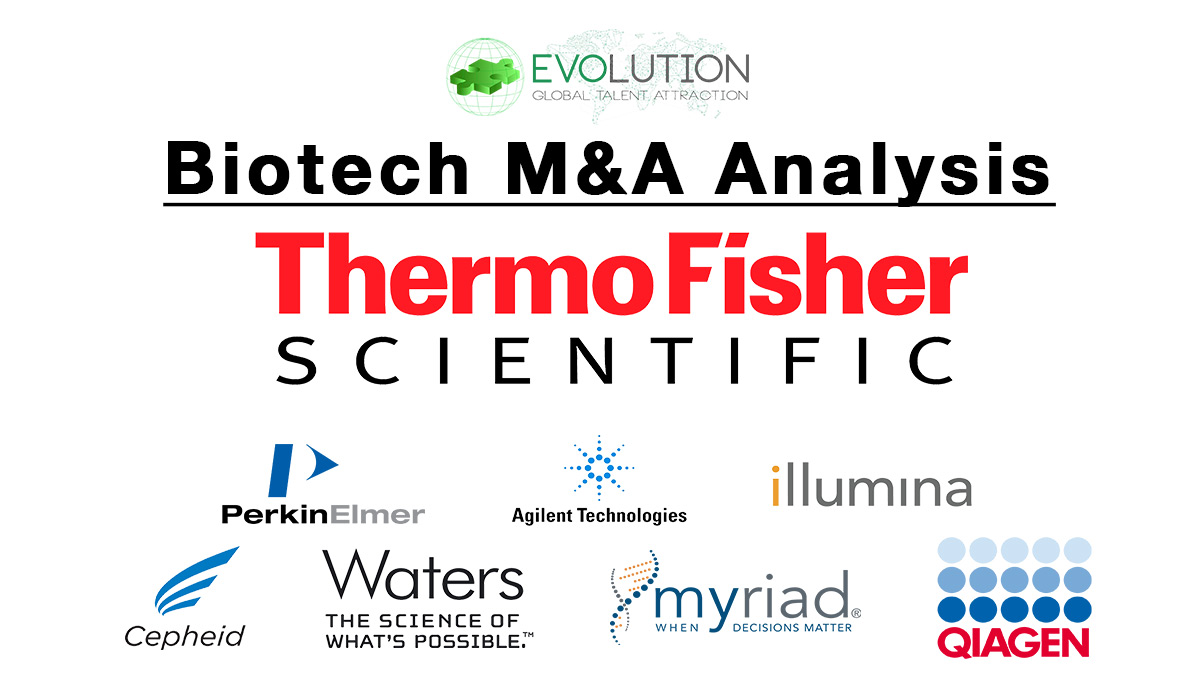 A recent mixed securities shelf registration filing by Thermo Fisher Scientific has prompted speculation from industry insiders and investors, with prominent advisors predicting further acquisitions for the company throughout 2016 and beyond. Thermo Fisher Scientific are no strangers to M&A activity following their acquisition of Life Technologies for $15 billion in 2014, Advanced Scientific for $300 million in 2015, and their $1.3 billion purchase of Affymetrix earlier this year.

Thermo has stated that the money raised from selling off securities could potentially be used for general corporate purposes, which “may include the acquisition of companies or businesses, repayment and refinancing of debt, working capital and capital expenditures or the repurchase of our outstanding equity securities.” JPMorgan analyst Tycho Peterson has speculated that the purpose of selling these securities may be to fund another large acquisition in the coming years.

Recent analysis by Bloomberg and Fierce journalists has outlined a handful of potential M&A targets for Thermo Fisher Scientific, including Qiagen ($QGEN), Cepheid ($CPHD), Myriad Genetics ($MYGN), PerkinElmer ($PKI), Agilent Technologies ($A) Illumina ($ILMN) and Waters ($WAT). Dr. Frank Rinaldi, Director of Market Intelligence & Innovation with Evolution Bioscience, has analysed each of these potential M&A targets to determine the viability of an acquisition by Thermo.

Cepheid [Market Value: $2.4B]
Annual net sales revenue growth since 2012 has been solid, with 14.5% recorded in 2015. Acquisition would position Thermo as a significant player in ‘point-of-care’ molecular diagnostics. The downside is how Thermo will deal with the continuing net income losses. Given that Cepheid’s sales & marketing costs are more than twice its operating costs, there could be potential to address this via synergies post-acquisition.

Myriad Genetics [Market Value: $2.6B]
Myriad was experiencing strong annual growth up to 2014, having been bolstered by the publicity surrounding Angelina Jolie’s double mastectomy in 2013. However, growth was down 7% in 2015 even with the contribution of the acquired Crescendo’s Vectra DA sales. Ultimately Myriad faces two major challenges which are interlinked. The U.S. Court of Appeals decision, which held that human DNA couldn’t be patented, allowed players such as LabCorp, Ambry Genetics, and Quest Diagnostics into BRCA testing. Given that 80% of Myriad’s revenue is tied up with BRCA, competitive players will continue to seriously affect the top line just as they did in 2015. Strategically this would be a difficult acquisition for Thermo to justify to the market.

Qiagen [Market Value: $5.2B]
Since 2012 Qiagen’s annual net sales revenue growth has remained flat despite a series of acquisitions. From a technological point-of-view, the level of overlap between Qiagen and Thermo is quite significant. Qiagen is based in the Netherlands and would offer Thermo potential tax haven benefits, but beyond tax implications the acquisition is not feasible.

PerkinElmer [Market Value: $5.4B]
Whilst PerkinElmer’s annual net sales revenue growth since 2012 has remained relatively flat, net income has improved significantly and as such it could be quite an attractive target for Thermo Fisher. An acquisition here would bring Thermo dominance in areas such as high content and high throughput drug discovery.

Waters [Market Value: $10.2B]
Since 2011, annual net sales revenue growth has remained steady at 2-3% per year. Globally Waters is a well-respected company, however the overlap with Thermo in areas such as Mass Spectrometry and Chromatography would be significant and would likely raise antitrust concerns.

Agilent Technologies [Market Value: $12.8B]
Agilent’s growth in 2015 was flat when compared to 2014, largely due to the unfavourable impact of currency. An acquisition here would expand Thermo into the chemicals & energy sectors, but the overlaps in environment, forensics, food and academic research are very significant and its valuation likely to be outside of the budget.

Illumina [Market Value: $23.1B]
Since the Roche approach of 2012 Illumina has gone from strength to strength, reporting a 20% annual net sales revenue growth in 2015. Illumina’s resistance to acquisition and its own perceived (and largely justified) high value and market prospects are unlikely to bring Thermo to the table. However, with Jay Flatley stepping down from his role as Chief Executive and being replaced by Francis de Souza, Illumina may now be more receptive to future M&A discussions than they have been in the past.

Conclusions
As of March 2016, Thermo Fisher has approximately $2.8B for capital deployment activities, with $0.75B allocated to share buy backs and dividends and $1.3B allocated to the Affymetrix acquisition. This leaves Thermo with $0.75B for M&A activities before debt leverage. Thermo Fisher’s 2016 to 2018 bolt-on M&A case states a budget of $10.2B. Given the limitations of debt leveraging, companies such as Illumina and Agilent are obviously outside of the range.

“Ultimately the challenge is what Thermo perceives itself to be, its strategy and its capital deployment,” notes Dr. Rinaldi. “Thermo have the option of focusing on areas that have delivered significant growth, such as Biopharma manufacturing, diagnostics, translational medicine (particularly oncology) and clinical trial logistics. Alternatively, Thermo could seek to move into new areas of growth, such as the predicted boom in food and environmental testing in the burgeoning Chinese market. Of the seven M&A targets identified by Bloomberg, only PerkinElmer and Cepheid stand out as feasible acquisitions.”

Thermo Fisher Scientific will undoubtedly continue to hold their cards close to their chest in the coming months. Ongoing analyst speculation and commentary surrounding the shifting M&A landscape is inevitable for a company as large as Thermo, and only time will tell if any of these potential acquisitions come to fruition.