0
To CRISPR or not to CRISPR: The Ongoing Ethical Debate Surrounding Embryonic Gene Editing
02 February 2016
Next 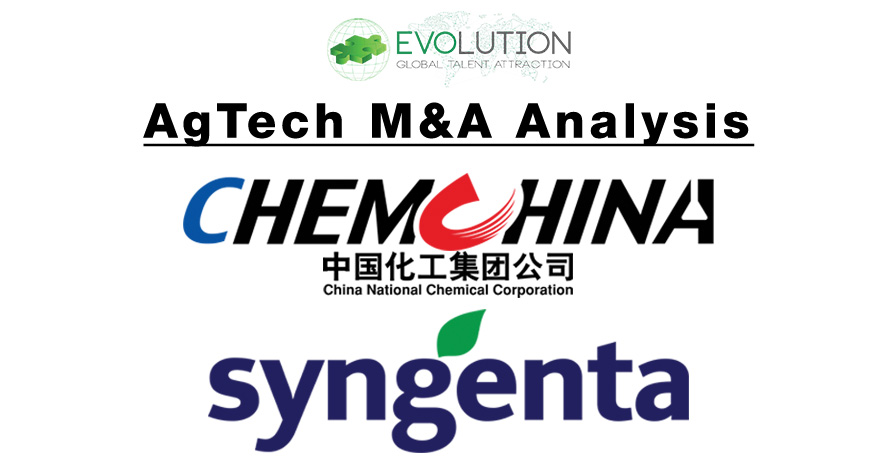 China made its boldest overseas takeover move yet this week, announcing that state-owned company ChemChina has submitted a $43 billion bid for Swiss seeds and pesticides group Syngenta with the aim of improving domestic food production and security. The acquisition, announced by both companies, is the largest ever foreign purchase by a Chinese firm and is likely to further accelerate a shake-up in global agrochemicals. The deal marks a setback for U.S. firm Monsanto, which failed to buy Syngenta with a $46 billion bid last year.

Chinese agriculture currently faces major environmental challenges following years of intensive farming and overuse of chemicals that has left China vulnerable to crop shortages and famine. Applications of fertilisers and pesticides are amongst the highest in the world, whilst issues such as soil erosion, soil pollution and loss of agricultural biodiversity are widespread. Water scarcity affects many parts of the country, as shown by plummeting water tables in northern China.

The deal fits into Beijing’s plans to modernise agriculture over the next five years, as Syngenta’s portfolio of top-tier chemicals and patent-protected seeds will represent a major upgrade of its potential output. “Only around 10 percent of Chinese farmland is efficient. This is more than just a company buying another. This is a government attempting to address a real problem,” a source close to the deal told Reuters.

With growth slowing at home, Chinese companies are increasingly looking abroad for deals that can boost their business and help them diversify. ChemChina previously acquired Israel-based Makhteshim Agan (ADAMA) in 2011 and Italian tyre maker Pirelli in 2015, and last month said it would buy German industrial machinery maker KraussMaffei Group for $1 billion. If completed, ChemChina’s Syngenta purchase will be the largest ever foreign purchase by a Chinese firm and more than double the previous record of CNOOC’s $17.7 billion purchase of Canadian energy company Nexen in 2012. The acquisition of Syngenta would create the world’s largest supplier of pesticides and agrochemicals and would provide ChemChina with an innovative new product pipeline to leverage and significantly improved sales and marketing capabilities.

Agrochem’s 2014 assessment of the top Global Agriculture Firms lists four other Chinese enterprises in the top 20 – Zhejiang Wynca Chemical, Huapont-Nutrichem, Nanjing Red Sun and Shandong Rainbow. According to ADAMA Chief Business Officer Ziki Levavi, the ChemChina-owned company is aiming to become the leading formulation distributor in Chinese domestic market within the next 3 years. Present statistics indicate that any new company set to enter into the top 20 is likely to be a Chinese company, further demonstrating the significant presence of Chinese agrochemicals in the global market.

“Over the last few years, it is fair to state that Syngenta has experienced challenging market conditions,” notes Nick Verner, Director at Evolution Global Talent Attraction. “As a general rule, M&A of existing market players is a common strategy in challenging conditions such as this, hence the interest from Monsanto last year and now ChemChina. However, ChemChina is not only seeking this acquisition from a business perspective, but also as a state-owned company seeking to fulfil China’s needs as a country.”

“Given that ChemChina is state-owned, both commercial and socioeconomic considerations have been factored into the Syngenta bid,” notes Mr. Verner. “This is not simply a strategy of buying a company for its profitability and business assets. On a socioeconomic level, the acquisition of Syngenta allows China to address serious long-term food security issues through the strategic application of Syngenta’s existing portfolio. As the industry continues to innovate and expand in response to market requirements and changing environmental conditions, China’s M&A activity has decisively addressed domestic needs whilst simultaneously strengthening their position as global leaders in Agricultural Technology.”