Cancer Immunotherapy: A Developmental Timeline & Examination of the Prior Art Paradox

0
As the Dust Settles on the Quintiles IMS Merger, which CRO will enter the Healthcare Analytics Space Next?
13 October 2016
September 14, 2016 by evolution in Evolution Infographics

The American Society of Clinical Oncology (ASCO) recently named cancer immunotherapy as the 2016 Advance of the Year, with President Dr. Julie Vose noting that “no recent advance has been more transformative than the rise of immunotherapy.” Whilst the interest in and trajectory of immunotherapy has certainly boomed in recent years, the concept of manipulating the body’s immune system to attack cancer is more than 120 years old.

The field is considered to have started when Dr. William B. Coley noted that a number of cancer suffers experienced spontaneous remission of their tumours after contracting acute bacterial infections. Convinced that the disappearance of the tumours was in some way associated with the infections, Coley injected live bacteria into a patient with an inoperable malignant tumour in order to bring about a virulent infection. The patient made a complete recovery, living another 26 years until dying of a heart attack. Coley then went on to develop a mixture of bacteria for treating cancer patients known as Coley’s Mixed Bacterial Toxins.

It should be noted that whilst Coley is recognised as the ‘Father of Cancer Immunotherapy,’ he was not the only investigator employing the principle. Others involved included the Mayo brothers (of the Mayo Clinic), and orthopaedic surgeon Henry W. Meyerding, who used the toxins in conjunction with surgery for patients with bone cancer, achieving survival rates far higher than with surgery alone. Coley corresponded with many of the doctors who used the toxins and documented their results.

Unfortunately, Coley’s work was overshadowed by the arrival of X-ray and radium treatment, chemotherapy and more recently Biologics such as monoclonal antibodies. Parke-Davis & Co. (now Part of Pfizer) made various formulations of Coley’s Toxin available from 1899 to 1951. Both in Europe and North America success stories of patients treated with the toxin, specifically for bone and soft-tissue sarcomas, were sporadically reported. In a 1945 study of the toxins’ efficacy, among 312 inoperable cases of cancer, 190 were considered regressions after treatment.

Following the Thalidomide disaster clampdown, the FDA refused to acknowledge the toxins as a proven drug, and by 1962 made it illegal to use Coley’s toxins to treat cancer in the United States. The only means of changing this decision would have been a clear demonstration of safety and efficacy in well conducted clinical trials. As Coley’s Toxins can be considered ‘prior art’ with no possibility of patent registration to prevent competition, a commercial case for investing the finance required to establish the mechanism of action, consistent quality cGMP manufacture and costly clinical studies could not be justified. 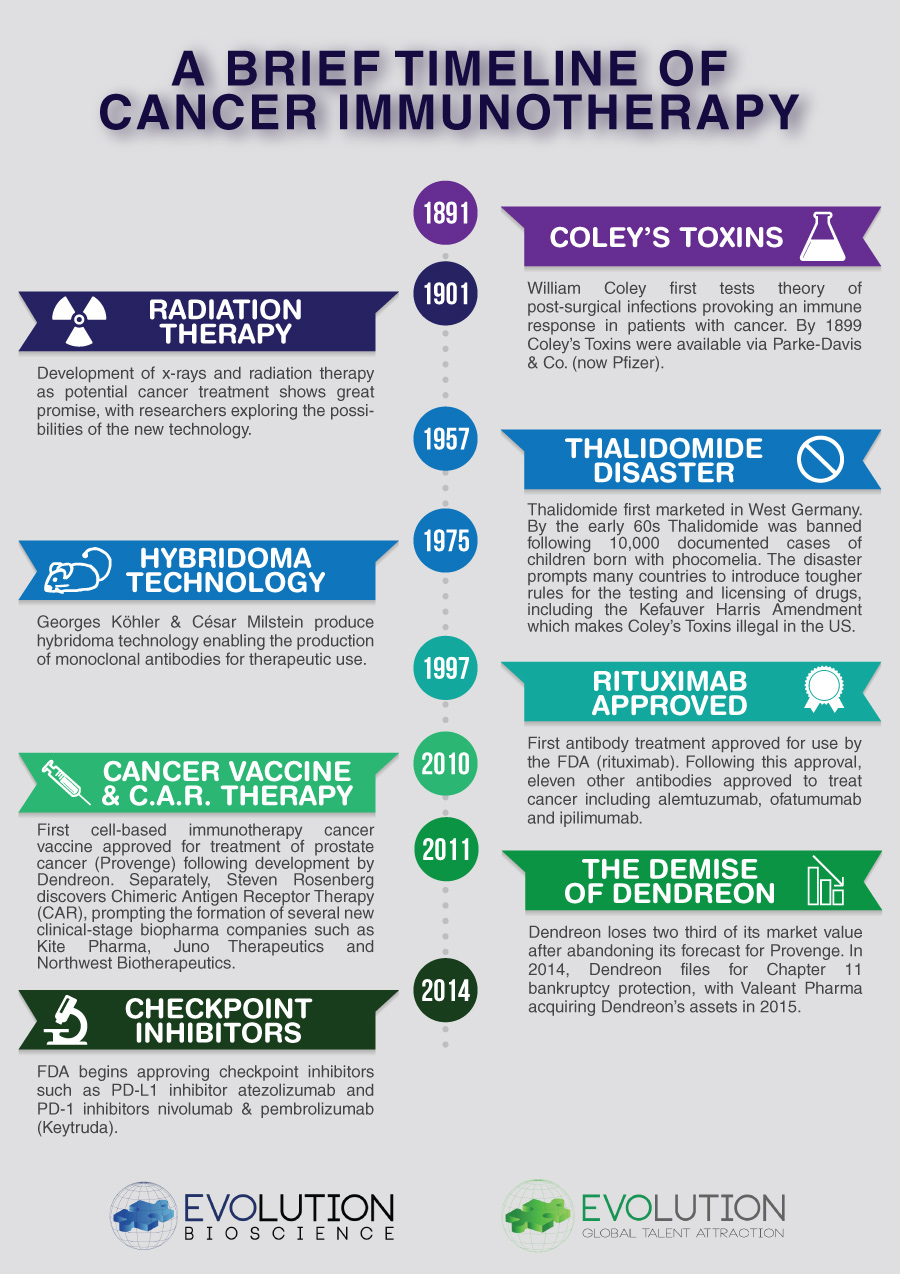 Revisiting Coley’s Toxins highlights that an old idea/innovation based on observations from more than a century ago is just as valid today. In many ways the situation is similar to the use of Bacteriophages (Bacterial viruses) to treat bacterial infection. Comparable to Coley’s Toxins, the initial discovery is more than 100 years old. Felix d’Herelle, a French-Canadian microbiologist at the Institut Pasteur in Paris, was the developer in a therapeutic context, as well as being responsible for the term ‘bacteriophage’. D’Herelle’s commercial laboratory in Paris produced at least five phage preparations targeted against various bacterial infections, and they were marketed by what later became L’Oréal. Therapeutic phages were also produced in the United States in the 1940s by Eli Lilly.

In the West, the approach was overshadowed by the development of antibiotics. In Eastern Europe pre- and post-Soviet era interest continued and there are a number of clinical studies highlighting both clinical success and superiority to antibiotics. These bacteriophage studies are similar to Coley’s Toxins in that they require costly demonstration via the rigorous clinical trial process, and the concept is ‘prior art’ with no possibility of patent protection to warrant such costs.

In both cases, significant investment would be required to develop clinically to level of proof of concept required by regulators, with current R&D costs for drug development and discovery averaging in the region of $2.6B, including post-approval studies. To warrant such expenditure, which also includes the possibility of failure, a monopoly position is needed via patent protection. Unfortunately, the premise of invention-based patenting is based on the requirement to offer novelty and must be deemed not immediately obvious to someone skilled in the art. As both Coley’s Toxins and Bacteriophages are known, they fall outside of this classification.

Is it time to look at patents in the context of drug development, and obviate the ‘prior art’ need? The costs and risks associated with development require a monopoly position. One wonders just how many innovations are out there from the past with positive health outcome observations that could provide treatments today.

You can download a PDF copy of our Cancer Immunotherapy Timeline via the button below: