0
Will Mesoblast recover from Teva & Celgene setbacks?
27 June 2016
Next

0
2016 US Venture Capital Investment into Life Sciences Companies: An Analysis by Evolution Global
03 August 2016
July 11, 2016 by evolution in News & Analysis 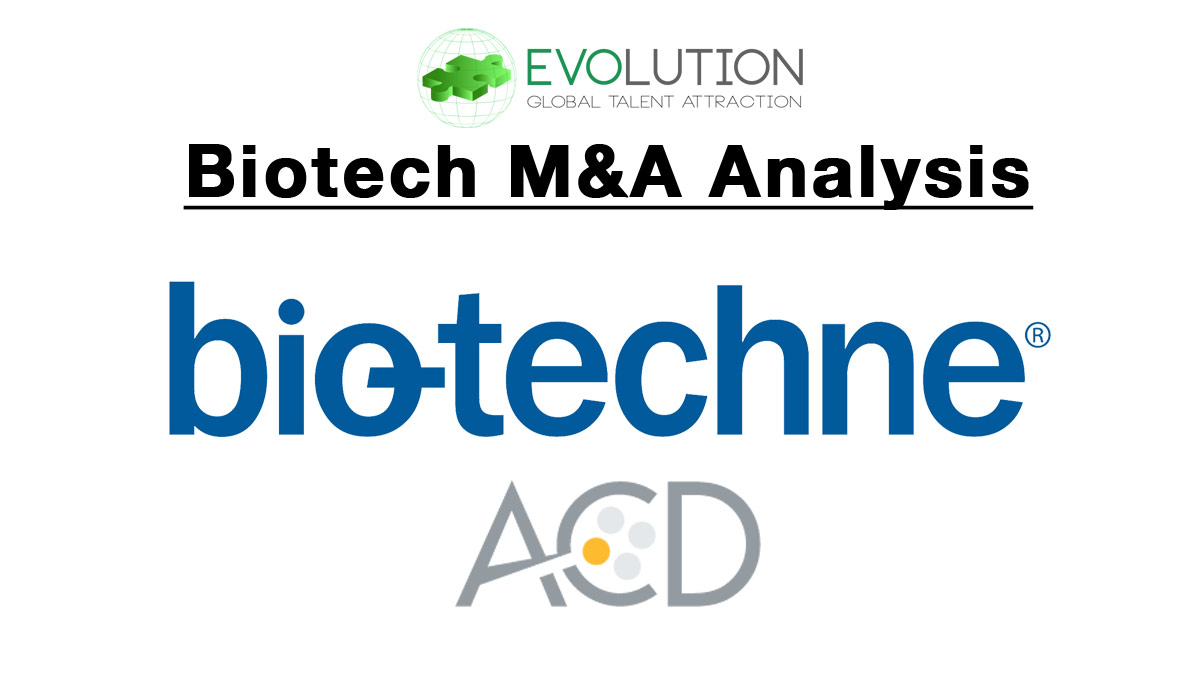 Bio-Techne Corporation have agreed to acquire California-based molecular pathology company Advanced Cell Diagnostics for $250 million in cash plus additional potential milestone payments of up to $75M. The acquisition marks Bio-Techne’s entry into the genomics market and expands the company’s presence into the clinical lab setting, with ACD’s RNA-ISH technology serving both research and diagnostic markets. The deal is expected to close on or around August 1st.

Evolution Bioscience Director Dr. Frank Rinaldi believes that “this is an excellent acquisition for Bio-Techne. Evolution have been following ACD since its early days and the technology is a powerful alternative to immunohistochemistry (IHC), particularly in situations where there are concerns with regards to antibody quality in terms of specificity and sensitivity, or indeed availability.”

As an alternative in situ hybridisation (ISH), ACD’s RNAscope technology has become an invaluable tool for the detection of RNA in cells, tissues and organisms. ACD’s offering facilitates improvements in target, signal amplification and in-probe design. These advancements permit excellent cellular and sub-cellular resolution, detecting multiple RNA species by multiplexing.

Over the last two to three years Bio-Techne has been growing its business via M&A, and the company currently has a MarCap in the region of $3.5B. Bio-Techne’s revenue reached the $450M mark in 2015, and the ACD acquisition is expected to greatly aid the company in reaching their strategic revenue target of $1 Billion by 2019. Currently Bio-Techne operates worldwide and has three reportable business segments: Biotechnology, Clinical Controls and Protein Platforms divisions. In 2015, these segments represented 72.1%, 13.3% and 14.6% of consolidated net sales, respectively.

Dr. Rinaldi believes “it is surprising that larger biotech players have not targeted ACD’s technology for acquisition, especially those who are playing in the research grade antibody space, where there are a number of well-publicised ongoing quality concerns. Dr. Rinaldi speculates that the lack of interest in this deal is likely due to “the deal value being well below the radar for M&A teams focused on larger deals.”

The key question arising from this acquisition is why ACD has decided to sell at the point of what is predicted to be significant value uplift over the next couple of years. Since 2009, ACD has received around $40M in Venture support, $22M of which was recently committed in June 2015 as a series C investment. This round was led by Summit Partners with participation from Kenson Ventures, as well as its existing investors Morningside Ventures and New Leaf Venture Partners. Prior Series B and Seed funding occurred in 2012 ($12M) and 2009 (undisclosed).

“In other words, the timing of this deal is an almost perfect Venture Capital timeline for fund return utilisation play,” notes Dr. Rinaldi. “The deal is a win/win for the investors, as well as the acquirer of what is likely to be a technology with significant revenue potential and longevity.”